And that’s putting in mildly!

Here’s the article in full just so you what I am about to dissect! It is titled:

To give you a bit of context the article relates to a proposed new law being introduced by the new government in Italy. And it is really quite wide-ranging. The Italian government is proposing wide-ranging changes to the divorce laws in Italy that will include:

The main thrust of the law is to give both parents equal time with the children after a divorce. As with Germany where I live the ‘screams’ from women’s groups are not to do with the well being of the children, but the fact that if 50:50 is practised, then there is no need for child maintenance to be paid, as both parents share the financial burden. Italian MPs are saying that this will turn back the clock 50 years, or “make life impossible for mothers”. And yet nowhere in the article was the well being of the children mentioned. Moving on the author of this piece managed to shoehorn Parental Alienation Syndrome (my emphasis), and detail the fact Gardner’s work is not an official syndrome (Listed in a manual in the United States). This is quite disingenuous. The proposed law talks about parental alienation, not a syndrome, and details the ‘fact’ that this has allegedly been used more by fathers to gain custody of their children. And then this wonderful quote popped up, as a reason to devalue the concept of parental alienation:

Well, colour me stupid. In Germany the percentage of children that live with the mother after divorce is over 85%, therefore the above-mentioned quote is – statistically seen – always going to be true, and should not be interpreted as being bad. The author then proceeds to do a hit job on the MP who proposed the law a “far right” (of course) MP who has his own views on abortion and gay marriage, which really have nothing to do with parental alienation. All in all, this is what should be happening all over Europe. Co-parenting or shared parenting has been advised by the European Council since 2015, and a quick look on the internet (I’ll do an article on this later) revealed that perhaps the Scandinavian nations have shared-parenting but elsewhere in Europe is it still a matter for the couples post-divorce or the courts.

When there was a general election in the UK, and last year in Germany I took the time to look at the parties and their stance on shared parenting. This did not, by the way, influence my vote. In the UK there was a complete refusal from Corbyn, The conservatives did not even mention it, and the only party that did was UKIP, a now-defunct right leaning party. In Germany the CSU/CDU (conservatives) again did not mention it. In Germany the SPD (social democrats, similar to Labour in the UK) refused it point blank, and the only two parties that mentioned it were the Stuttgart branch of the FDP (business orientated, right of centre) and the right of centre Alternative für Deutschland (AfD) – that you might of heard of. The governing party in Italy is also right of centre. Interesting – I will leave you to draw whatever conclusions you wish. Parental Alienation is starting to become recognised outside of acedemia and practitioners, and it is long overdue to place in law measures to take this into account in custody hearings instead of a Judge ‘making a call’ based on the evidence presented. And to be frank perhaps if it is anchored in law then people will someday stop doing it! Articles like this one do the writers and publishers no favours – no real substance in the arguments against the topics, and a hit piece on the MP that proposed it. Perhaps the Washington Post should remind themselves that journalism is not just pushing a – in this case obviously father unfriendly – narrative, but a providing balanced reporting.

Just my 2 cents as they say! 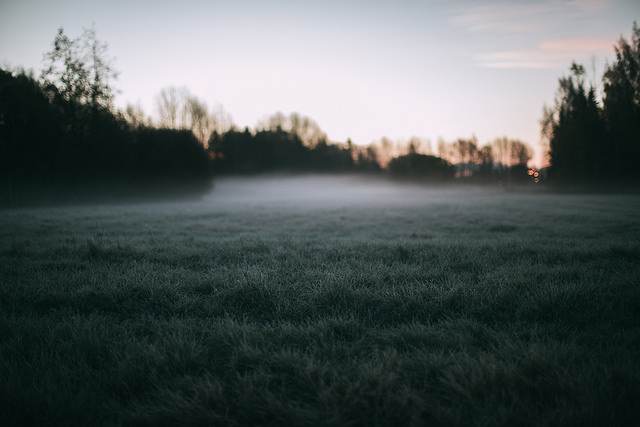 I was reading an article today in “Welt Online” titled “Every third day a woman dies from domestic violence”.

Now without going into a rant “But men are abused too”, there was some very interesting statistics in the article. No, I don’t mean that one about 40% of all women are subject to sexual or physical abuse in their lifetimes (citation definitely needed). I mean the figure that is qualified when one reads the comments (nearly always better!) that in Germany there are 350 refuges for women and three for men. Yes, three!

When reading the comments there is one single voice that talks about abuse against men, and he was insulted with a comment from a man that literally translates to “grow some balls”. It is generally agreed that domestic violence is not as one-sided as one would have us believe, more a 40% men, 60% split. That society is also starting to accept that men can as well be emotionally and physically abused, but when it comes to a family split this framework is quickly forgotten.

Also interesting was the comment that detailed what has happened to a lot of us when we split from our partners: False accusations. Or even better provocation on th part of the mother to have the father banned from his house and children, and all chances of seeing his children are shot because he is “violent”. Can this happen?  Yes, of course, I had to endure my (still) wife sitting next to me and saying things about her lover like “When he kisses me I stop breathing”, or “He satisfies me”. The only reason why I didn’t do something in the heat of the moment was because I was saved by something others in my position, unfortunately, don’t have. Her best friend warned me that she wanted me to hit her so she could have me arrested by the police. Her best friend gave me one of the best pieces of advice in my life “Leave the room, don’t let her provoke you”. Needless to say, she didn’t want to stay the best friend much longer after she found this out!

Perhaps if society provided more help for the men in abusive marriages as well as women then things would be different for both partners, and potentially the children as well. Imagine a refuge for men, where specialised mental/ therapeutic help was available – somebody to talk to save the marriage or at least a split without friction. Wouldn’t that be the best solution for mum, dad, and the children, and also potentially in a small way lead to a reduction in the pressure on social services and family court systems.

Will this change someday? Hopefully. In the same way, I also hope that someday we may also come out of this identity-driven reporting, i.e. away from a war of the sexes as we have now have at the moment, the consequence of which is that everything is reduced to right and wrong … guilty and not-guilty.

A very interesting blog post from a parental alienation practitioner in Sweden, detailing the situation in Sweden.

A very interesting point made in this post is that in a land such as Sweden, known around the world for open social reforms the situation regarding parental alienation is no better than in other countries such as the UK, USA, Germany or Austria.

A report from the leading Austrian Website for fathers rights. I did not know this before but PA is not acknowledged by the courts there!  Even though clinical experts accept that it does exist.

Austria has a long way to go!

As an aside there is also a confirmation of what I have been looking for a long time – The situation in France: wo gezielte Kontaktverhinderung ein Strafdelikt ist – Where targeted prevention of contact is a criminal offence.

A poll was taken recently in the German-speaking area of Switzerland. 4121 men and 2768 women were polled regarding Feminismus und Gleichberechtigung (Feminism and Equality). This is a large sample for a poll apparently.

There were some interesting results, as can be taken from the report here (Google can do the heavy lifting for the translation!).

The really interesting result with respect to the subject matter of this blog is this:

German-speaking Swiss males feel that they are discriminated on the most in the area of “Bei meinen Rechten als Vater” (My rights as a father) with 38%. The topics all had to do with equality so the next point 12% behind (24%) was with conscription (mandatory only for swiss males).

German-Speaking Swiss males also had problems with the social acceptance of the classical father role (11%).

Fathers are unsure of their rights, and are starting to see that problems that occur after a separation/divorce regarding custody or access to the children are not being resolved and that there appears to be no real desire to change this situation, regardless of the gender of the abused parent.

It’s time to change – all across Europe. Perhaps finally adopting the shared parenting recommendation of the Council of Europe (here) throughout all European (and still European!) countries would be a good start?